ChatGPT : What Is It And How to Use It And Why Everyone Is Talking About It ?

In this blog we are going to understand what ChatGPT is and why it can be the most important tool in the future.

In order to understand what is ChatGPT, first one should get some information about its origin source which has created it.

Build your dream website with up to 75% off Check out the deals here :

OpenAI, is an AI research and deployment company. Its mission is to ensure that artificial general intelligence benefits all of humanity.
As per the available information, OpenAI, is an artificial intelligence research non-profit company. It was founded in 2015 by Altman, Musk and other Silicon Valley investors. In 2015, OpenAI changed its status to a “capped-profit” company, meaning that it cuts returns from investments past a certain point.

OpenAI, introduced a long-form question-answering AI called ChatGPT that answers complex questions conversationally.It’s a newest Artificial Intelligence-based language model developed by OpenAI and has been trained to learn what humans mean when they ask a question.

Also adding more to it, as per ChatGPT team, the dialogue format makes it possible for ChatGPT to answer followup questions, admit its mistakes, challenge incorrect premises, and reject inappropriate requests. ChatGPT is a sibling model to InstructGPT, which is trained to follow an instruction in a prompt and provide a detailed response.

According to Stanford University:

This increase in scale drastically changes the behavior of the model — GPT-3 is able to perform tasks it was not explicitly trained on, like translating sentences from English to French, with few to no training examples.

This behavior was mostly absent in GPT-2. Furthermore, for some tasks, GPT-3 outperforms models that were explicitly trained to solve those tasks, although in other tasks it falls short. ”


As per the company, ChatGPT is fine-tuned from a model in the GPT-3.5 series, which finished training in early 2022. You can learn more about the 3.5 series here. ChatGPT and GPT 3.5 were trained on an Azure AI supercomputing infrastructure.

Does ChatGTP has any Limitation ?

How much it will cost to use ChatGPT ?

Currently as per ChatGPT, it is charging as per the use. The pricing says ” Simple and flexible. Only pay for what you use. “

OpenAI has made it clear that that are working more on these limitations. They are interested in feedback regarding harmful outputs that could occur in real-world, non-adversarial conditions, as well as feedback that helps us uncover and understand novel risks and possible mitigations.

Do you know there is currently a contest running named “ChatGPT Feedback Contest” with a prize of $500 in API credits.

No purchase necessary, void where prohibited. Must be at least 18 to enter. For contest details, see the Official Rules.
Entries can be submitted via the feedback form that is linked in the ChatGPT interface.


How Can One Start Using ChatGPT?

OpenAI has made very simple to access ChatGPT and currently it is available for free to anyone through a sign-up.

Step 3 : Once you have logged in, you can now start using the ChatGPT and can start asking any questions like how you start conversation.

ChatGPI is a hot topic and it needs more improvement as per the limitation defined above. Still, its going to be benefit for every those organisation that needs to automate their system.

How do you see ChatGPT and do you think it is going to create heavy competition to Google or will it also be another tool that will fade away after sometime.

Manoj Kumar Sethi has been into Digital Media industry for more than 12 years and has handled and helped clients from B2B & B2C industry.He is proficient in Digital Media skills mostly into digital product development and growth. He has also depth knowledge in Analytics. In free time, he research on new development happening in digital world.He loves blogging as it helps him to share the knowledge and solve problems. 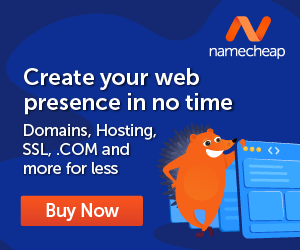